Stock Administrator Predicted to Reach the Top at Rotherham Firm 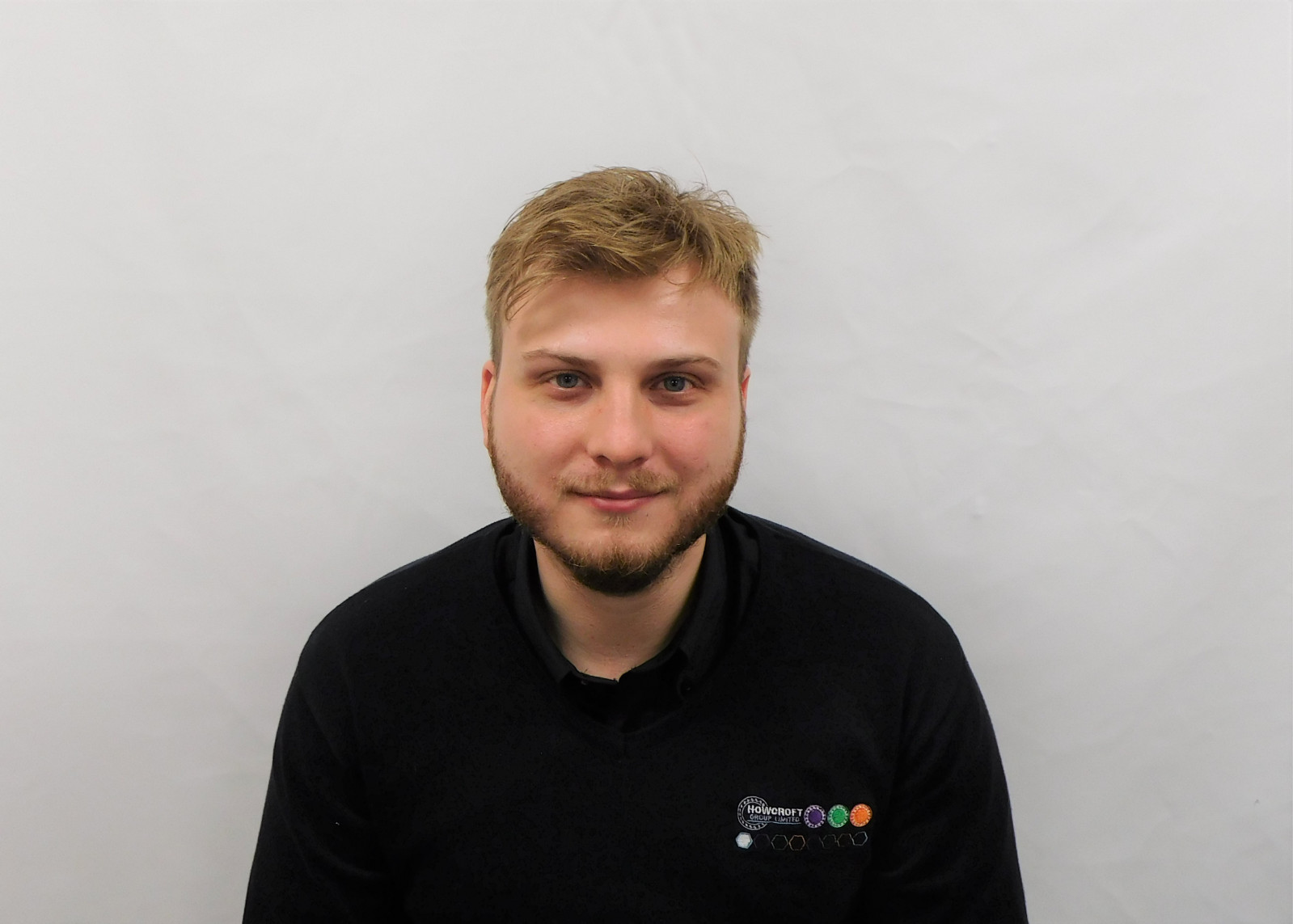 As the Howcroft Group grew and became a stronger force within the sector, there became a growing need for a full-time Stock Administrator employee to be added to the team.

This position was offered to James Larkin, who lived locally to the Rotherham-based company, at the time he was 18 years old. James had come straight out of school and had several options to go to university, however, he quickly made his mind up to accept this role and move forward with it.

This role as a full-time “Stock Controller” at Howcroft Group became James' playground for the next 2 to 3 years, in which he geared up, learned all of his tools and got his bearings about the company" (i.e. learning the core products that the company sells).

James thoroughly embraced this role and soon developed skills that did not go unnoticed by his superiors. It didn't take long before James was promoted to the sales office, which became the next step of his learning curve. Once more, James continued to excel and was soon given the role of managing the company’s online sales network.

Business Development Executive Gaynor McNiff spoke of the value James added to Howcroft Group: "He not only got sales in the UK, but also managed to get our products on view for the rest of the world to see, promoting our company name worldwide! This shows that if you are able and willing, any young local lad/lass can make a good future for them and proves that they can go far within our industry sector."

After continuing with this job for the next 3 to 4 years of his career and setting high standards for online sales, James has now moved onto his next adventure within Howcroft Group, which is working closely with the MRO internal sales team.

James provides a fantastic example of how a company in the manufacturing industry like Howcroft Group provides a platform for hard-working employees to learn new skills and progress their careers.

Allan Howcroft, Managing Director at Howcroft Group, revealed, "James is a very honest, polite and conscious person who has now been with the company for nine years and is one of our many success stories. James has a very bright future within my company and if he keeps up his efforts and attention to detail, undoubtedly he will reach the very top within Howcroft Group Ltd."